THE LEGEND OF THE SOUL MATE TREE:

I am old, I am ancient, my purpose is clear
To give those who are needy a treasure so dear.
They who come to my roots, touch my bark, stroke my leaves
Find the soul of their lives if they but believe.
When I call and you listen, your prize will be great
If your heart remains open and you don’t hesitate.
Do you yearn? Be you lonely? Is your time yet at hand?
Reach for me and I’ll give to you. I’m yours to command.
For your trust, for your faith, keep my secrets untold
And I’ll gift you forever, to have and to hold. 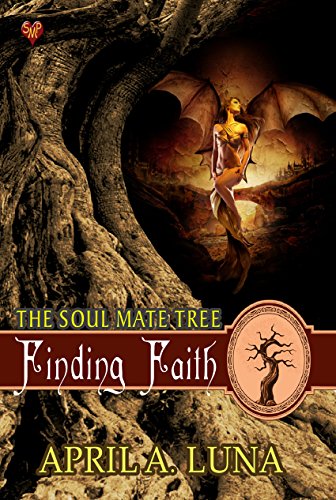 An ancient legend spanning eras, continents, and worlds. To some, it’s nothing more than a dream. To others, a pretty fairy tale handed down through the generations.

The Trail to Love is on Sale!

Today through the 18th, my award-winning historical romance, The Trail to Love, is on sale on Amazon for $.99. This would make a great gift for the historical romance reader in your life – or for yourself.
The Trail to Love  is part of The Soul Mate Tree Collective. It took first place in The International Digital Awards, something I’m quite proud of. It has also received many five-star reviews including from Uncaged Reviews who said:

“Loved the story and the characters who are well developed. The Trail is not easy on Sarah but she holds her own. Then we have Horace who wants to cause problems as she is a Widower and we know how “they” are. It was nice to see Jack and Sarah slowly come to love each other and Jack adores her son as well.

A great plot and an author I would like to read again. Reviewed by Babs

This past August, I received a FB message from Patti Fiala and Staci Joy Netzel, two of my Wisconsin writer friends. They wanted to start a fundraiser for the Fisher House in Milwaukee.

Fisher House is a home away from home for veterans’ and military families who need temporary housing while their loved one receives care at the Clement J. Zablocki VA Medical Center. Fisher House is here to help families get through tough times

by offering comfortable accommodations in a home-like environment at no cost to the guests. Find out more about Fisher House Wisconsin at: http://www.fisherhousewi.org/

Patti and Staci wanted to collect enough items to fill thirty thermal care bags to deliver to families at the Fisher House this month, plus enough left over for for two bags for a reader event. As someone who comes from a strong military background, how could I say no? Many times we think of only the military person who has been injured, but not how it affects the family as they recuperate. So, we sent socks, books, snacks, coloring

books, crayons, pencils, pens, notebooks, and anything we could think of to make the families’ stay more comfortable. Some of these families stay for a few days, and some several months.

You can learn more about Authors4 Veterans by visiting our Facebook page at: https://www.facebook.com/groups/Authors4Veterans/

Today I have many things to be thankful for: my husband of nearly forty-five years, my two children and their spouses, my five wonderful, fun grandchildren, a warm home to live in, food to eat, friends to enjoy, and so many more.

Today I’m also thankful for my twentieth book release. I find it hard to believe I’ve written that many books – well, actually I’ve written more than that, but this is my twentieth published book, with many more to come.
“Missing My Heart” is a Chandler County Mystery set in fictional Chandlerville and Bourbonville, Kentucky. I came up with the story idea when, about thirty years ago, I was vacuuming my living room. When my grandmother had died, I got this metal horse that had been my grandfather’s. It was sitting on an end table. Somehow the vacuum cord got tangled up. I snapped it to straighten it out and knocked over the horse sending it to the floor. The saddle came off, something I didn’t know would happen. A bunch of sawdust came out.

It took about five seconds to come with the idea of, instead of sawdust, notes fell out. Mysterious notes. The heroine, Ellie Farrell, in my story would have to solve the mystery of the notes. This idea, which has been stuck in my head for all this time, is finally done.
Blurb: Bourbonville, 1975
After the death of the grandmother Ellie Farrell had lived with since she was sixteen, she is tasked with the job of cleaning out the over-packed house. When Ellie begins to find love notes and money from a Burt to Randi spanning over four decades, she sets out to find out who these people are and what they have to do with her. An unexpected check for $100,000 dollars delivered to her house, ramps up the mystery – especially when death threats begin to arrive.
Patton Trullinger, an investigative reporter, comes to Chandler County to research bootleggers for a book he’s contracted for. As a Vietnam veteran, he’s dealing with PTSD. When he meets Ellie, he finds her mystery too good to pass up.
Who are Burt and Randi? Who is sending death threats? Will Ellie and Patton’s love bloom as the mystery deepens?

Here is how Ellie finds the notes:
The vacuum cleaner roared, overpowering Eleanore Farrell’s confusing thoughts. Shaped like a silver bullet, heavy to maneuver, and loud enough to drown out the roar of a 747, Ellie figured it was built around the time of the first rocket launch. It certainly looked like something from outer space. Every week as she cleaned the house she and her grandmother had shared, Ellie had tried to convince her to replace the monstrosity. But her grandmother’s words echoed in her mind, “If isn’t broke, why replace it.”
Careful not to bump the antique furniture packed into the stuffy, pink living room, Ellie gave the too-short cord a yank, pulling it from the wall plug. The cord flipped through the air, snapping like a lion tamer’s whip. Ellie leapt over the couch to grab a priceless lamp standing helpless in the way of the wild, snake-like creature. Her foot snagged on the coffee table and with a resounding thud her grandmother’s absolute favorite treasure fell to the pink and red floral, carpeted floor.
‘The Horse.’ Not just any horse, but a heavy brass horse, complete with saddle and a chain for reins. Bright from Miranda’s weekly polishing, the horse now lay on its side, its bottom glowing in the lamplight. For the first time in her twenty-eight years of life, Ellie finally knew ‘The Horse’ was male.
She sat cross-legged on the floor, leaned over and reached out her hand, then drew back. As long as she could remember, ‘The Horse’ had been off limits. The last time she’d dared touch it, she’d been four and had been soundly whopped on her rear for her disobedience. Everyone knew you never, ever touched ‘The Horse.’
Where to find Missing My Heart:
Amazon: http://a.co/24GPfjT
Barnes & Noble: https://www.barnesandnoble.com/w/missing-my-heart-tina-susedik/1127117826;jsessionid=5CD8E0C53CD4F845C84F10DF52DB0729.prodny_store02-atgap03?ean=9781537842363
Ibooks: https://itunes.apple.com/us/book/missing-my-heart-a-chandler-county-novel/id1286603051?mt=11&ign-mpt=uo%3D4
Kobo: https://www.kobo.com/us/en/ebook/missing-my-heart-a-chandler-county-novel
Google Play: https://play.google.com/store/books/details/Tina_Susedik_Missing_My_Heart_A_Chandler_County_No?id=0B82DwAAQBAJ

Rowan and James have been drawn together in every existence since the beginning of time. But love’s sweet promise is cut short after an unthinkable tragedy strikes two young families, shattering the bond in this lifetime.

Is love stronger than death? Can Rowan and James find another way to each other? Against all odds, a forgotten promise is remembered and kept, reuniting two souls destined to be together.

Trailer for A PROMISE REMEMBERED: https://www.youtube.com/watch?v=3oXFV-LppyE&feature=youtu.be

SHORT EXCERPT: Rowan opened the closet door, jumping back as the hinges squeaked, and gazed around the empty space. It was an old fashioned small closet with a single hanging bar and a shelf on top. There were no visible signs of rodents.

The sound was coming from under the floor, it seemed. She knelt carefully, keeping her can of compressed air at the ready, as she examined the wooden floorboards. Looking closer, she furrowed her brow. The blemish was nearly seamless, but she could tell the floorboards had been cut. Despite her fear of the rodents, her curiosity was piqued. Was there actually a secret compartment hidden in the closet floor?

Rowan used her fingernails to pry up the end of one of the floorboards, peering down warily in case the mouse decided to jump out at her. After removing two more boards, she used the flashlight on her phone to examine the dark hole. No beady red eyes stared back her. The secret compartment in the floor contained only what appeared to be a dusty shoebox.

Rowan sprayed some compressed air around to be safe, then pulled it out the box marked Airwalks, men’s size twelve. Carrying it closer to the window, she sat down on the floor to lift the lid.

There wasn’t much in it. A crumpled pack of Marlboros, so old the tobacco had fallen out of the cigarettes. A lighter. Several baseball cards. A pencil drawing of a large tree, drawn by someone who was by no means an artist. A well-worn Playboy magazine with Pamela Anderson on the cover. Rowan glanced at the date—1997.

A wave of sadness washed over her. She must have found the secret stash of Bella’s long-dead brother. Poor kid. It seemed oddly intrusive touching the private things of a dead boy, and Rowan hastened to put everything back where she found it. But the sound of something rolling in the box caught her attention, and she peered in.

A stick? A small twig half the size of her pinkie was in the bottom of the shoebox. Why had the dead boy put a stick in his secret shoebox? Despite herself, she reached in to pick it up.

Energy prickled through her body, like a shot of expresso, quickening her pulse and her breathing. She heard a noise behind her that sounded like a gasp of surprise, and turned sharply to find she was no longer alone in her bedroom. Rowan screamed as she leapt to her feet.

A man stood in the middle of her bedroom, blocking her only exit. Tall, dark haired, lean yet muscular, he was nearly naked, wearing what appeared to be bicycle shorts. How had he gotten in her room? What was he going to do to her? With a sick sense of panic, Rowan remembered Bella saying her ex had been a crazy stalker. Had he returned to kill them both?

“What the . . .?” The man’s voice was deep and grumbling as he glared at her with displeasure. “How the hell did you get in my house, Rowan?”

Rowan backed up, still gripping the stick, and desperately looked around for a weapon. “How do you know my name?” she squeaked.

He stepped closer, his broad shoulders and naked chest now very close to her face. She got a whiff of aftershave as she peered up into angry green eyes that seemed startlingly familiar. Blinking in confusion, she dropped her gaze for a moment, which unfortunately landed on his ripped abs and the trail of fine hair that lead down toward the low waistband of his bike shorts.

Oh, they weren’t shorts. They were underwear. An angry man who somehow knew her name was standing in her bedroom wearing nothing but a tight pair of boxer briefs.

“How do I know your name?” he echoed unbelievingly. “Are you on something?” Confusion lanced his face as he looked around the room. “What did you do to my bedroom?”

He took another step in her direction, reaching out as though to touch her. Rowan screamed, dropping the stick, and bent to pick up the discarded can of compressed air with the intention of bashing him in the face with it. But when she looked up, he was gone.

How to find Erin: